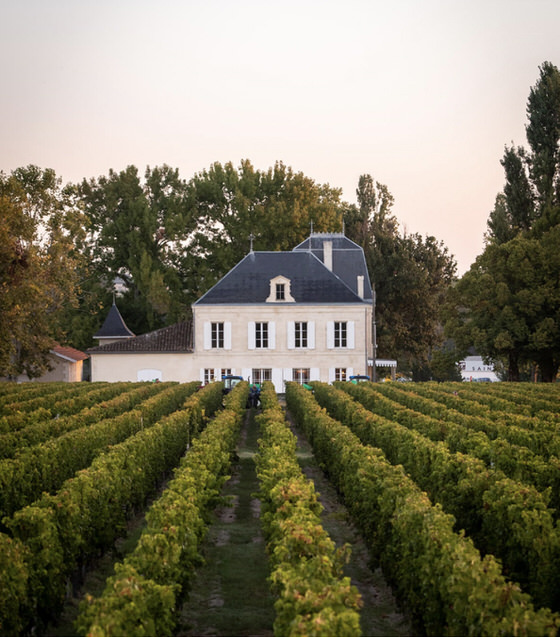 The new configuration
of the vineyards

Domaine du Château Haut Corbin was purchased in 1986 and at the time covered 13 hectares of vines, 6 hectares of which were adjoining land. When 15.5 hectares of land belonging to the neighbouring Château Grand Corbin were put up for sale in 2010, this was a fantastic opportunity for Château Haut Corbin.
A sales agreement was signed on the 31 December 2010 with the Giraud family who had owned Château Grand Corbin for half a century. This was an exciting opportunity considering, not just the proximity of the two wine estates, but also the complementarity of the two terroirs. The two estates’ soil types and textures are very similar and both are formed of wind-carried sand over a deep layer of clay, a type of soil that provides the Merlot with perfect growing conditions.

Some areas of the Grand Corbin vineyards are composed of blue clay which is similar to that of the famous circle of blue clay situated in the world famous neighbouring appellation.
In 2012 the estate also acquired a further four hectares, from Château Le Jurat, an estate belonging to the same corporate group and situated adjacent to Grand Corbin, as well as three hectares of vines surrounded by the Grand Corbin vineyards derived from a friendly acquisition from another of the estate’s neighbours. This carefully executed acquisition strategy resulted in homogenous land holdings, all originating from a large, historical seigneurial estate formerly composed of all of the ‘Corbins’.

Investments have been made to ensure that the necessary resources are available to modernise the infrastructure and carry out improvements to the late 19th-century château. ‘There was no colossal construction work involved. What was most important was to create state-of-the-art technical facilities and a welcoming reception space for our visitors.
Since July 2021 the estate has been managed by Laure CANU, General Manager of the wine properties that belong to the SMA Group, which includes Château Cantemerle, Grand Cru Classé Haut Médoc. On site, a team of 8 employees supervised by Antoine Couthures.
The Grand Corbin vineyards have expanded to cover 37 hectares of adjoining vines, 28.5 of which are Grand Crus Classés Saint Emilion. This well-organised structure reflects the estate’s ambition. 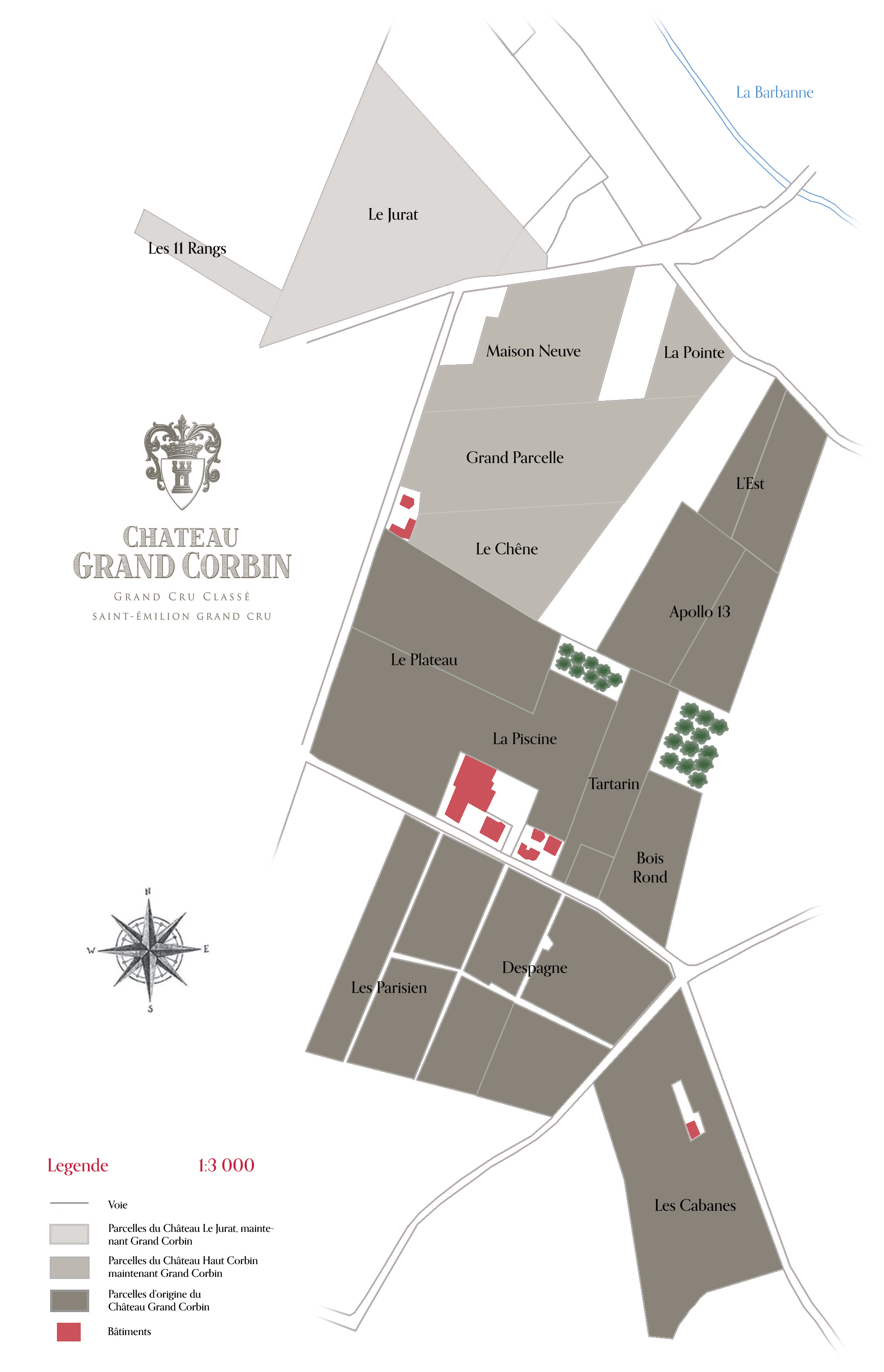 The EMS approach (environmental management system). The company must evaluate the impact of its existence and activity on the environment and set out its objectives to reduce its impact over the long term.

In December 1980, the SMA Group purchased Château Cantemerle in the Haut Médoc, Grand Cru Classé in the 1855 classification.
Grand Corbin, Cantemerle two separate entities with a shared corporate cultural heritage. Loyalty and fidelity are at the heart of the Group’s ethos. They also share the same credo: to enable the terroir to reveal its true potential. This requires taking time for reflection, looking at all the options, experimenting, and consulting with leading experts in order to allow the terroir to reveal its true character. 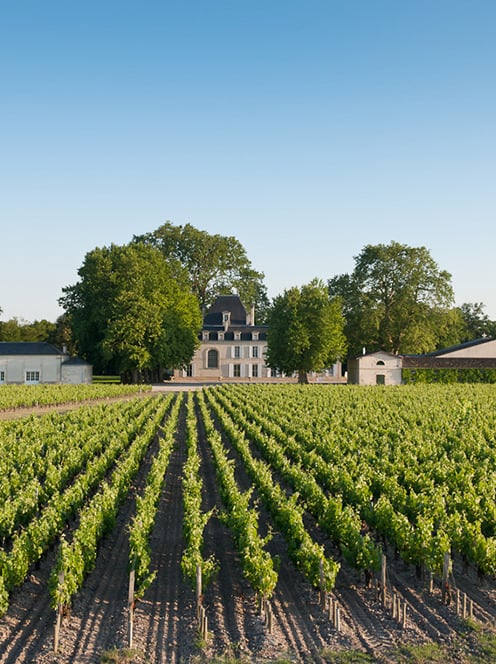 3 - the stages of creation The Creation
of a wine

By continuing to browse the website, you are agreeing to the use of cookies for optimum browsing.I accept

Are you above the legal age to consume alcohol in your country of residence?
yes no
Alcohol abuse is dangerous,
please drink responsibly.